Kastom Gaden is working again with Sasamuqa Hospital as one of its key rural partners.  The aim is a partnership to promote food security and good nutrition.  As part of the partnership the hospital has restarted the hospital garden which they began when working with Kastom gaden in the 1990s.  The garden is now growing very well and slippery cabbage, chinese cabbage, beans, pawpaw, shallots, tomatoes, cassava and kuruvera are provided regularly to patients at the hospital. 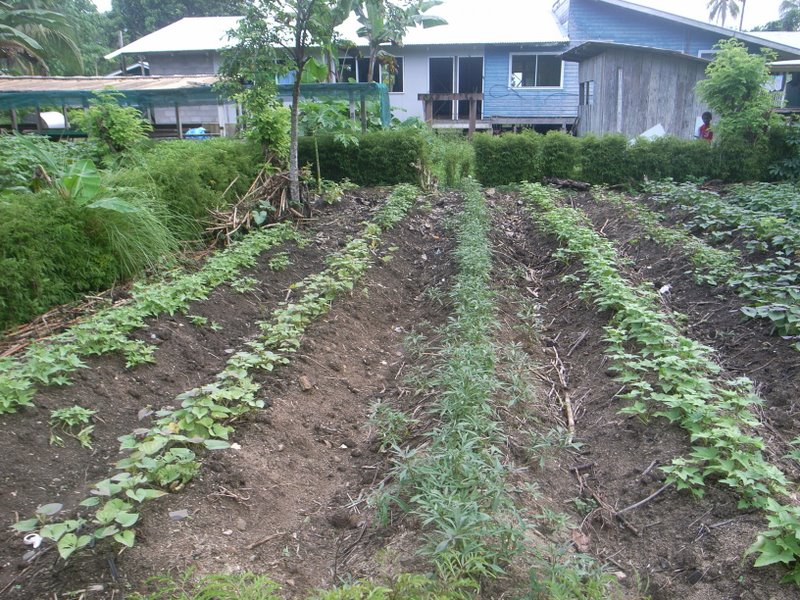 Vegetables are thriving in what was once poor, sandy soil after applying organic farming methods including the use of legume trees for mulch.

The hospital garden grows in sandy, infertile soil behind the hospital.  But over time the soil has been improved through use of crop rotation, heavy mulching using the tuku method, and the use of glyricidia for alley cropping.

Other activities carried recently by Sasamuqa Hospital include training on sup sup gardens for nurses. Sup sup gardens improve nutrition by allowing families to have daily access to greens, vegetables and fruits next to their homes.  The training was carried by local farmer expert Gwendolyn Pitavavini.

There has also been a recent training in food processing including chips and jam making.

Sasamuqa hospital can now collect membership fees for members of the Solomon Islands Planting Material Network in Choiseul.  Over the last few months more than 50 new members have joined the network.  Members are entitled to take part in Kastom Gaden activities and to request seeds from the network seed bank in Honiara at Burns creek. 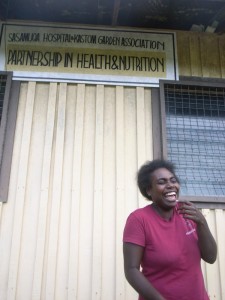