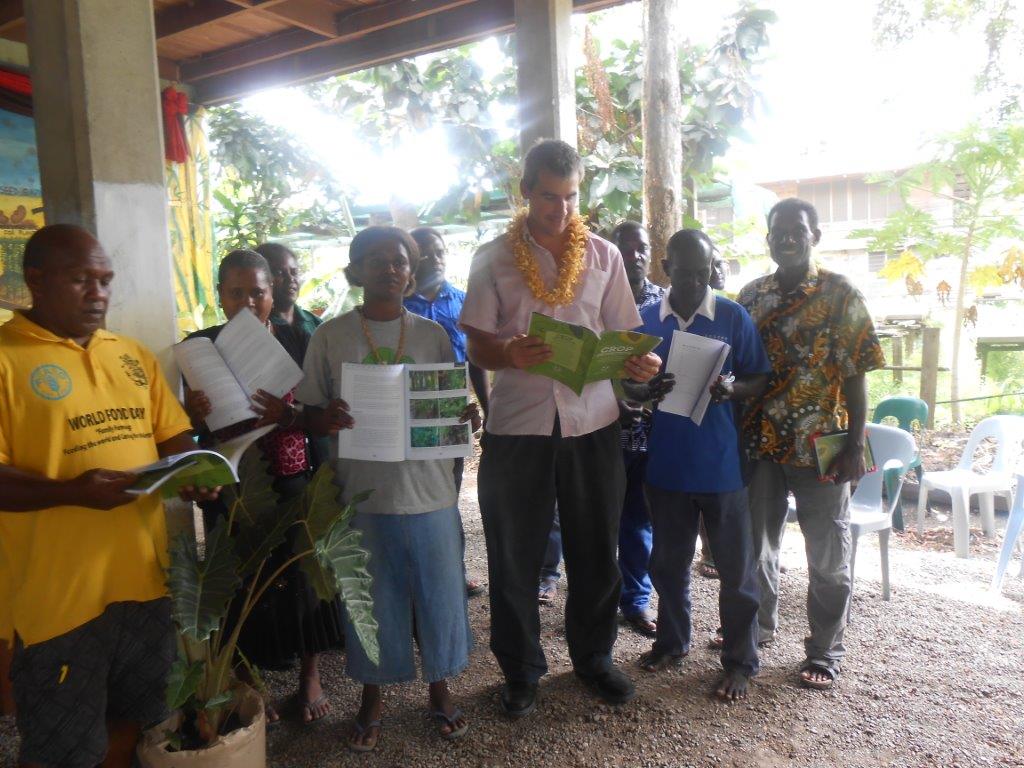 Once again the Kastom Gaden Association (KGA) has achieved one of its milestones with the launching of a Crop Protection Manual. It is a manual purposely to be used by KGA Trainers to train farmers how to identify, report and look after their food crops against Pest and Disease attacking their food crops

It was a result of the work KGA Field staff, trainers and other stakeholders inputs by collaborating together in sharing, collecting and compiling of field data and have them put them together for farmers to use in a form of a manual. The manual highlights the importance of the manual, the process in collecting information and how to give advice to farmers should their crops is attacked by pest and disease. In a show of confidence on how to use the manual with farmers KGA staff has   demonstrated  through a role play the process farmers should follow when they identify symptoms of pest attack.

On the 11th of November the Second Secretary of the Australian High Commission responsible for Livelihood Mr Luke Simmons officially launched the Training manual to be used by KGA Trainers. Mr Simmons who has oversees the partnership between DFAT and KGA over the last 3 years. He was impressed with the production of the manual as it is simple and informative and will be widely used by trainers. He took the opportunity to thank KGA for cooperation and closely maintaining the partnership with DFAT throughout the last 3 years.

The Manager of KGA Mr Clement Hadosaia thanked Luke for accepting the invitation and be part of the official launching of the manual. He said Luke and his team of staff assisted KGA through period of challenges on project related matters and ensured the smooth implementation of the project. The Manual will be distributed to KGA Lead Farmers to train KGA PMN members.

Luke Simmons will be leaving Solomon Islands very soon after completion his tenure at the Australian High Commission as Second Secretary overseeing the Livelihood Program. He is replaced by Danny. 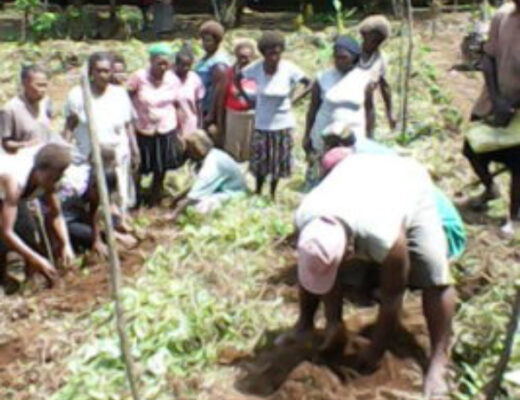 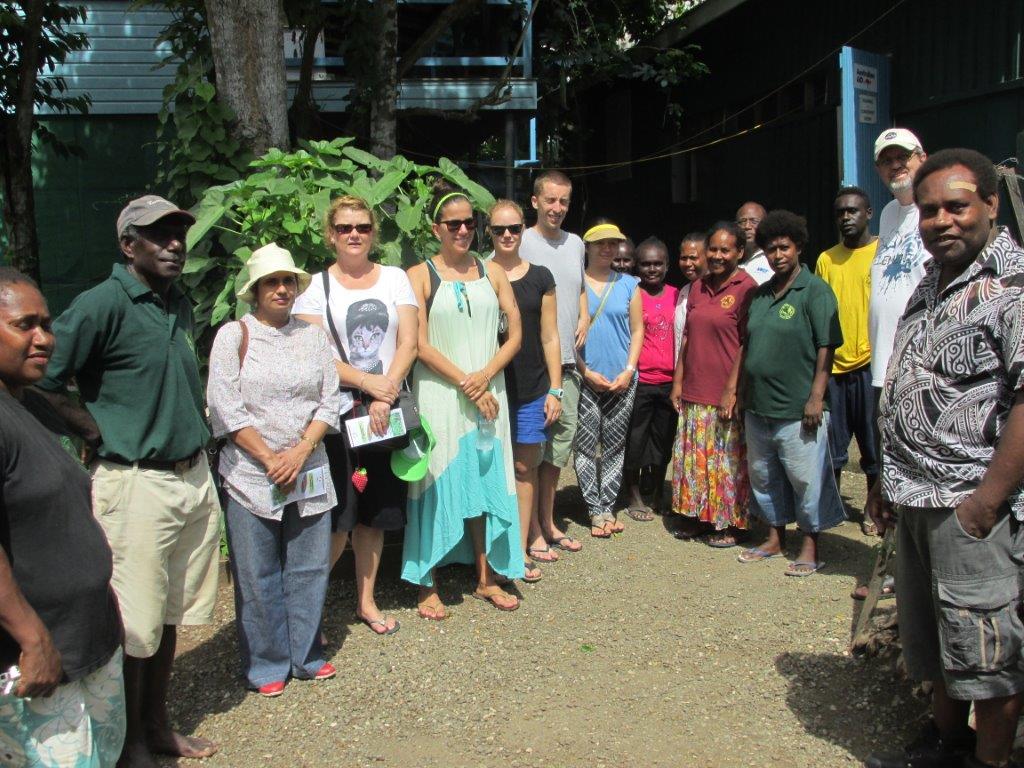